About three weeks ago someone in Riviera Beach, FL police department opened an email infected with ransomware triggering the entire computer system to go down. The security system for the computers that hold all the city’s critical data was so outdated, it was no longer serviceable by company that made it? However city council previously approved purchase of a new system, but which have not been installed yet. So city’s emails, phones, police records, library and other systems and offices went down including City Attorney’s Office.

Ransomware Attacks are on the Rise

This is not one isolated attack. More than dozen cities across the United States have been hit recently including nearby Stuart (FL). Among them: Atlanta (GA), Albany (NY), Baltimore (MD), Greenville (NC), Cleveland (OH), Augusta (ME), Lake City (FL) and others.

Ransomware is a type of malicious software (malware) that freezes your computer or mobile device until a sum of money is paid. It can destroy personal and business files, leading to stolen data and large financial losses.

Ransomware is 30-year old! PC Cyborg was among the first, also known as the AIDS Trojan because it targeted AIDS researchers required mailing a physical check to an address in Panama after computer files on C drive were encrypted (DOS scrambler). Evolutionary biologist Dr. Joseph Popp, was identified as the author of the AIDS trojan horse back in 1989 and was a subscriber to this same list defended himself later by saying ransom money collected by the PC Cyborg Corporation was to go to AIDS research. These days, modern ransomware is a serious business on the black market — most of the attackers require ransom to be made using blockchain currency such as Bitcoin or Ethereum and threats to have all your files deleted. Attackers select their targets using every possible tool out there, from spyware to social engineering.
The very first of its kind was CryptoLocker from 2013, another trojan horse targeted computers running Microsoft Windows. Not long after many have followed! The increase of ransomware attacks are driving up Bitcoin prices, as companies are stockpiling the crypto-currency in order to pay future ransoms! First time recorded in the UK in 2017.

Ransomware attacks are more common than you find in the news. It’s very common that the value of the information matches the ransom suggesting attackers carefully selected their targets.

Although state and local governments are less likely (70.4 percent confirmed that they did not pay the ransom) than other sectors to pay the ransom we have seen large increase of ransomware attacks on smaller communities, towns with population up to 50000, schools and hospitals. According to a 2019 report from CyberEdge, 45 percent of organizations that were hit with ransomware paid the ransom (up from 39 percent just year before). The only two states with no publicly reported ransomware attacks are Delaware and Kentucky! These two states were also under attacks they just don’t keep public records available.

Unfortunately it is obvious ransomware is here to stay just as is the case with climate change (global warming), surveillance or food additives. Be careful around companies that charge to recover a computer from a ransomware attack as some of them simply been paying off the hackers to release the computers — and then charging clients to pay an inflated fee. One should also be careful around security specialists that offers no-cost ransomware decryption tools, which are available for download. On the other hand there are organizations such as nomoreransom.org that are truthfully fighting this epidemic. Avoid computer viruses and practice “safe computing”!

CBS Miami reported that officials in the village of Key Biscayne, Florida last week had a data breach, resulting in yet another ransomware attack. 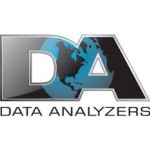 Headquartered in Orlando Florida, Data Analyzers was founded in 2009 and has become a national leader in data recovery services and has developed a high degree of expertise in digital forensics and cyber security. The experts at Data Analyzers are experienced and highly trained in proprietary techniques. We maintain some of the top cyber security and digital forensic certifications and credentials. We would be happy to meet with you and discuss how we can provide you with the ultimate recovery services for your needs.